Every time I hang out with a group of college chaplains, I seem to be on a beach and stuffing my face. Not to mention enjoying the company of my favorite people on earth. For the past three days, the Association for College and University Religious Affairs (ACURA) chaplains met at Chapman University for their annual conference. We spent one day on Chapman’s campus and one literally overlooking the white sand stretches of Laguna Beach. This was my first time at the ACURA gathering; though I had been to three previous National Association for College and University Chaplains (NACUC) gatherings (the other college chaplain association) and have experienced the same mixture of joy, understanding, and community at each one. College chaplains are people who think deeply about everything they do, and believe strongly in working together in any way possible.
I’ve been indulging greatly the past few weeks. USC football games, Dodger Stadium visits, cooking with organic butter, enjoying all of the pumpkin and apple delicacies (yep, I’m all in on the stereotype). Even my mind has been offered abundance: on Stanford’s campus it seems like every day there is an enriching talk or workshop that gets me excited and makes me want to buy 50 more books on Medieval Buddhist Feminism or Jovinian’s ridiculous claim in the early church that everyone should be treated equal. I watched Clayton Kershaw throw a masterpiece game last night only 50 feet from home plate at Dodger Stadium in game one of the World fricking Series. There is so much and there are so many for whom to feel grateful, and I do. 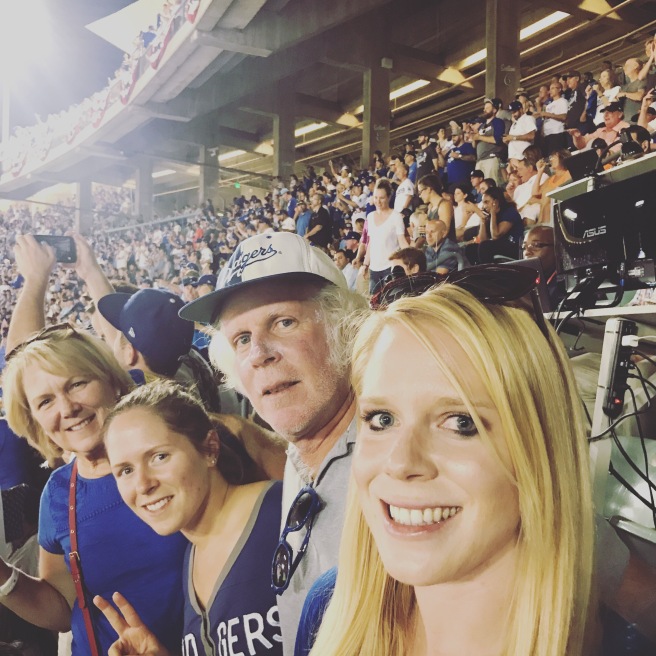 Sitting with the marvelous Rev. Jim Burklo while the sun set behind Chapman’s impeccably manicured athletic field, he asked me a difficult question. “Where are you in your faith journey?” Even though that question never has a real answer for me, I usually say “I’m thinking about this or that.” But lately I’ve been struggling with losing faith in lots of things. Will women ever feel safe walking alone? Will the victims of hurricanes and fires ever feel truly “relieved?” Is the academy really just a bunch of people arguing for the sake of arguing?
In my courses I’ve been reading about asceticism among the early Christians. Talk about a contested topic! The desert fathers and mothers I once admired from an interfaith appreciative perspective are now poking holes in my worldview. They lived in the exact opposite way I have been living these past few weeks. Or did they also live abundantly, in their own way?
It seems simple, but the Buddha’s assertion that the “middle path” as the true way to enlightenment has always spoken to me. Moderation. We talk about that all the time these days- eat one cookie, not five. Buy one shirt, not one in every color. Know your limits. We fulfill our desire but don’t deprive ourselves. Could this balance be more difficult than absolute abstinence?
I flew first class once as a lucky upgrade (I don’t think that happens anymore… maybe?) and after getting those full six inches added to my chair and eating an actual meal, not peanuts, in my seat, it was hard to fly the next time. Actually it was awful. Admittedly, I even thought about upgrading at my own expense. Had I not experienced it, I would probably experience mild envy but forget it every time I snuggled in to my economy seat.
When we taste abundance, we seek to keep it. But if we strive so hard to live constantly in abundance, eventually it becomes the norm. And then we are seeking again. Moderation is not so much a practice in limitation as it is in recognizing when we are not limited. It sounds like gratitude, in a way. The presence of abundance is recognized and enjoyed.